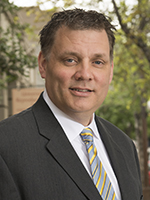 Peter was elected MLA for Kamloops-North Thompson in May 2017. He is the Official Opposition Critic for Environment and Climate Change and is a Member of the Select Standing Committees on Crown Corporations and Finance and Government Services.

Before entering provincial politics, Peter was mayor of Kamloops for three terms, after previously serving two as councillor. He served as chair of the Thompson Regional Hospital District for five terms, and was a director for the Thompson-Nicola Regional District since 2005.

Peter has also worked on the BC Transit Board of Directors, at PRIMECorp, and on the Local Government Contract Management Committee.

Peter and his wife Lianne are lifelong Kamloops residents, and the proud owners and operators of a local small business.  They have three grown children. 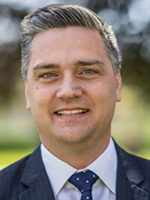 Todd Stone was re-elected MLA for Kamloops-South Thompson in 2017. He currently serves as the Official Opposition Critic for Municipal Affairs and is a Member of the Select Standing Committee on Legislative Initiatives.

Todd has served as Minister of Transportation and Infrastructure, Minister Responsible for Emergency Management BC and Deputy Government House Leader. He was also a member of the Priorities and Planning Committee.

Before being elected to the BC Legislature, Todd was founder and CEO of a Kamloops-based software company. He is the former vice chair of the Thompson Rivers University Board of Governors, and has served on the boards of the Thompson-Nicola-Cariboo United Way, Kamloops Chamber of Commerce, Kamloops VenturesFund (VCC) Inc, ACETECH, and ICBC.

Todd has lived in Kamloops for 28 years. He and his wife Chantelle have been married for 17 years and have three daughters.